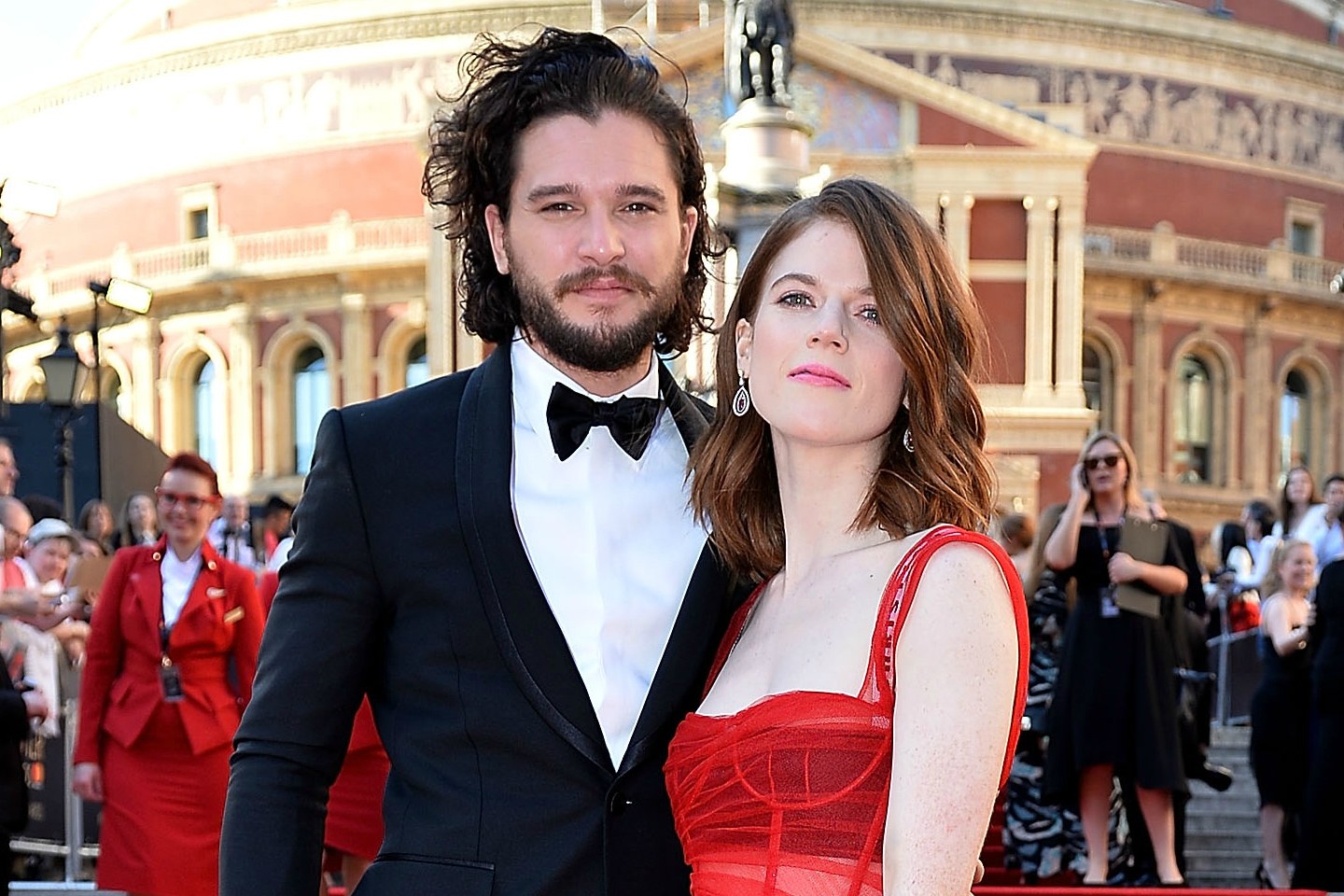 Yesterday, Kit Harrington and Rose Leslie were spotted in London walking about and holding hands. It seems as though their on screen love affair between the bastard of the North (Jon Snow played by Harrington) and the ‘Wildling,” Ygrette (Leslie) stayed alive even after she tried to kill poor Jon and our favourite murderer, George RR Martin in turned killed off the well liked ‘Ygrette’s’ character (shocking I know!).

Apparently the couple started dating back in 2012 and have been going strong ever since. They took the big step of moving in together in late May of this year and just a week ago they told news sources that they were very, very happy together. They were walking around with little love hearts practically floating around their heads after the final episode of this season’s Game of Thrones aired. Ygrette must be over Jon’s new love tryst with his Auntie on the show as they were shown getting busy at the end- how much of a mess is this situation going to be? Then again, it worked for Jamie and Cersie Lannister… ok, maybe not so much…

Despite their dedication to one another and their obvious puppy love, they insist that they are not engaged. Could this be a personal thing for both of them? Some celebrities don’t like getting married. Or, will they jaunt off in some foreign land and have a destination wedding and shock us all? I am sure many women are hoping that Kit might be saved from matrimony and on the market once again.. After all, if there is even one chance in a million… it might be worth it to some of his fans!